South African Belinda Combrink, Goway AFRICAExperts product manager was delighted to take her Canadian partner Dave on Safari for the first time. He was blown away and shares his experience through his images and the article below. Dave and Belinda spent equal time at Savanna Private Game Lodge and Sabi Sabi Little Bush. During their stay at Sabi Sabi they were fortunate to have one-on-one instruction by specialist safari photographer Brendon Cremer and the results speak for themselves. This is something that the discerning safari should consider as your images will forever be a reflection of the incredible safari experience.

This past January we had the great privilege to spend six adventure-filled days exploring the Sabi Sand Reserve in South Africa. The great thing about the game drive is that it offers the rare opportunity to leave your day-to-day life behind and truly “live in the moment”. Because when you’re sitting in an open Land Rover watching a pack of wild dogs strategically take down an antelope only feet away from you, budget reports and backlogged emails don’t tend to creep into the consciousness. 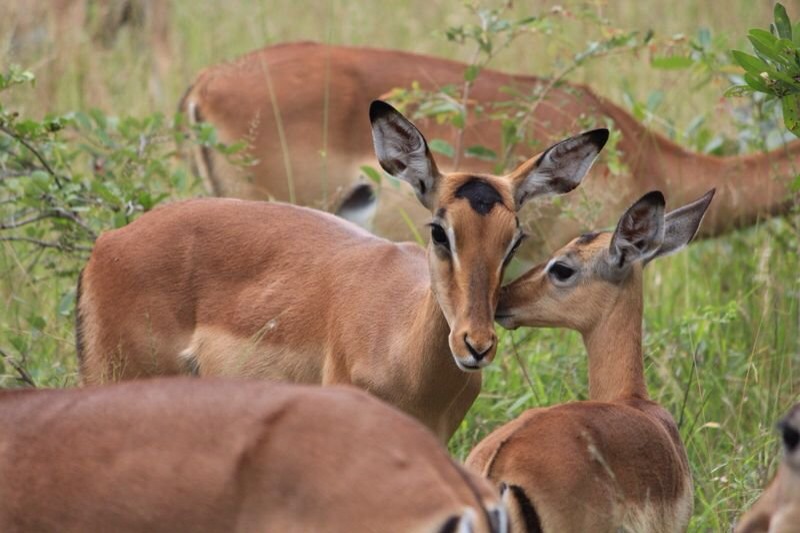 One of the most common sightings in the bush is the impala. They are large in numbers and quite beautiful. Unfortunately for them, they are also a popular food source for many predators. So much so, that the guides jokingly referred to them as “the McDonald’s of the bush”. They also have a large black M-shaped marking on their hindquarters, which probably has much more to do with that nickname than anything else.

There is still an opportunity to view many rhinos in the bush despite their declining numbers due to poaching. The rhino’s vision is quite poor compared to other animals, so our vehicle was able to get quite close to this one before he noticed us.

Early morning game drives begin in the dark, so we often spotted animals as they were beginning their day. We came across these four lionesses as they awoke from their slumber. These four were caring for a number of cubs, but they were tucked away safely for the evening in a thicket close by. 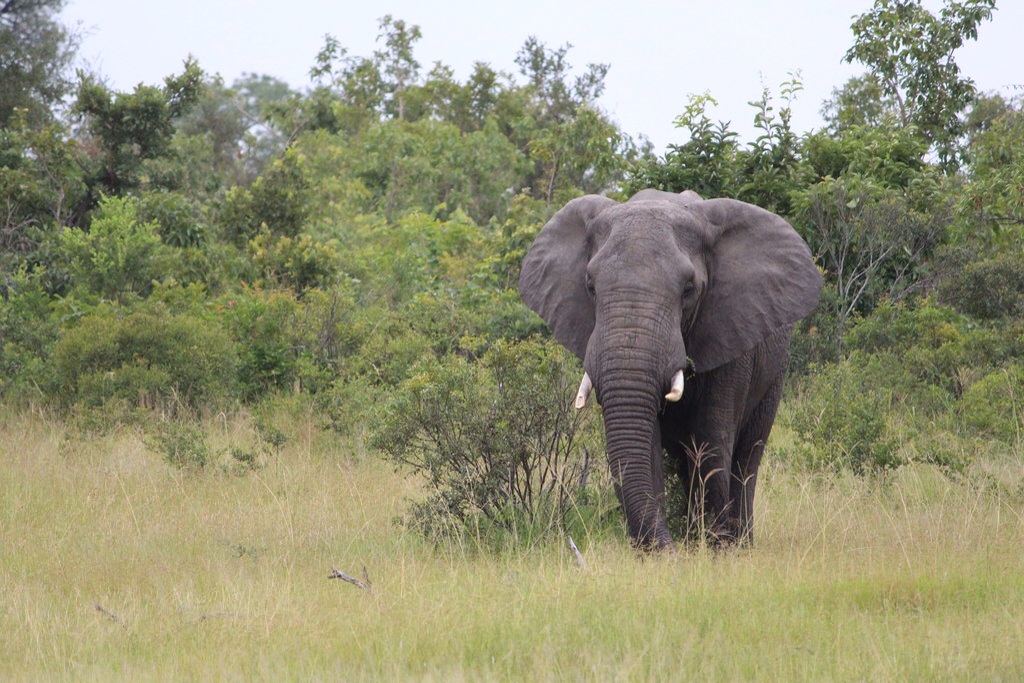 We came across this sixteen month-old female leopard just as the sun was going down one evening. As if on cue, she climbed up onto a felled tree in front of our vehicle and posed and preened for us. What a gift!

This lioness was coming out into the open on route to meet three other females that we could see in the distance. Moments after this shot was taken, she and her cubs surprised four Cape Buffalo’s who had been enjoying a mud bath. The Buffalo’s were none too happy about the interruption and ended up chasing her and her cubs back into the bush. It was quite the sight to see, and once again, it all played out just feet away from our vehicle.

This pack of wild dogs were an amazing sighting as wild dogs are hard to find in the bush as they are always on the move. This pack had just taken down a duiker, one of the smallest species of antelope found in South Africa. Now that they had fed, they were once again moving on to other hunting grounds.

I grabbed this photo of Belinda and I on our final day in the bush as our Land Rover zipped along the trail back to our lodge. While Belinda is no stranger to being on safari, this was my first experience in the bush, and first visit to South Africa. One of the great things about the safari experience is the vast knowledge that the guides and trackers share with guests. At any given moment in a day we were learning about the important role that a plant, insect, bird, or mammal played in maintaining the delicate balance of life in the bush. What I walked away with more than anything else, was a reminder of how perfectly designed the ecosystem of the bush is, and how we too play a large role in ensuring that all of the creatures we visited with, will be around for future generations to enjoy as well. For me, our six days on safari, was a bucket list experience for sure; one that I hope to enjoy again soon”