There are so many reasons to visit South Africa, but including a festival or sporting spectacle into your travel plans is an exciting way to experience even more culture in the rainbow nation. It’s a fantastic way to immerse yourself in time honoured traditions, meet and mingle (or even compete!) with the locals while discovering why South Africa is an up and coming culinary destination. Below we have listed a few of the biggest and most established of these and when they happen so you can work them into your next trip to South Africa! 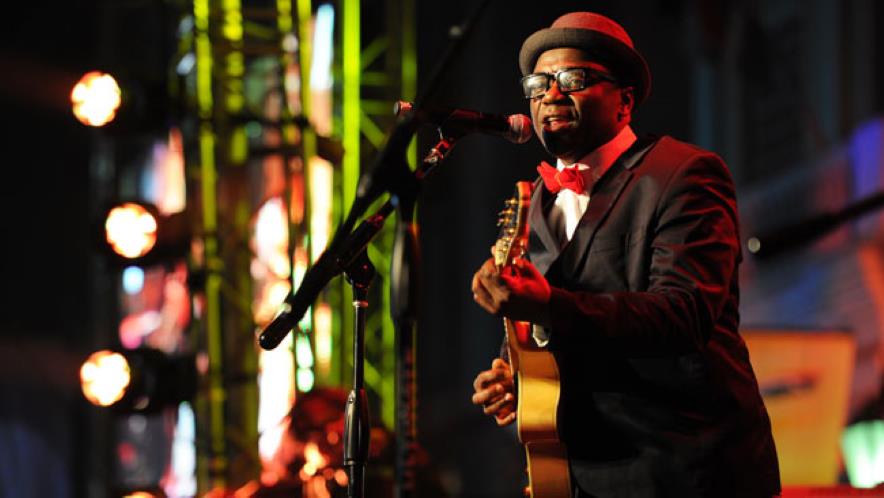 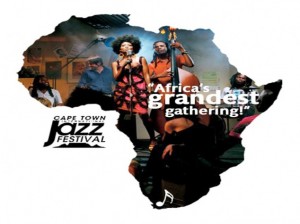 One of the trademarks of this Cape Town music festival is to honour groups that display longevity as well as young African musicians who are on the cusp of making it big internationally. Over the years the Cape Town International Jazz Festival has evolved into something more than just a musical event.

Travel Ideas:
Cape Town – the Mother City
A world in one country – 14 days

If you really want to see a country, ride a bike. South Africa’s cycling marathons open up a world of competitiveness, exquisite scenery and fun. South Africa has a number of major cycling events that are on every serious cyclists to-do list. Most popular (and most scenic) is the Cape Argus held every March.

The Cape Argus Cycle Tour is a 109-kilometre rush through Cape Town and environs and most of the Mother-City’s residents turn out to watch 35 000-odd cycling enthusiasts go by in a glorious multi-coloured light-weight lycra wave. It got its name from its first sponsorship, the Cape Argus newspaper and it takes place on the second Sunday in March each year.

In cycle-mad South Africa on any given Sunday you will encounter packs of riders in the city streets or out in the country, indulging their passion for two wheels and a tailwind. The fact that the weather is mostly glorious is a bonus, but you’ll find them out peddling in all conditions. The advantage to South African cycling races is you’ve got all the natural wilderness and road quality needed, matched with a growing cycling culture that goes far beyond a Sunday afternoon spin in the park.

The Two Oceans marathon – the worlds most scenic marathon
When:  Easter weekend

The Old Mutual Two Oceans Marathon has earned a reputation as the world’s most beautiful and scenic marathon. The first race was held in 1970 and saw 26 runners line up to face the unknown challenge. Since then, the race has become a national institution and a firm favourite with local, upcountry, and international athletes. 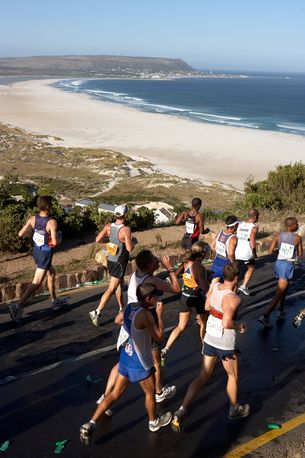 Runners can choose from the Two Oceans 56km ultra-marathon or the 21km half-marathon and the race is run against a backdrop of spectacular scenery through the Cape Peninsula. The “Two Ocean” gets it’s name from the Pacific and Indian Oceans, where you actually run from one to the other.

Another reason to visit the beautiful city of Cape Town is that it is consistently voted as one of the top cities in the world, most recently by the New York Times as the number 1 city to visit in 2014. Why not visit this beautiful city when it’s full of fit and fast running fanatics!

The Pink Loerie Mardi Gras
When: Early May

A cavalcade of entertainment will keep the party pumping throughout the festival. There’s bound to be something to match your shade of pink, be it hot fuchsia or just a little puce! Fine art, fine wine, fine dining, the finest musicians and DJs – along with some very fine boys and girls – are all part of the Pink Loerie Mardi Gras experience! 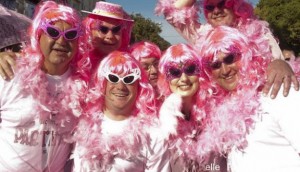 Among the many highlights of Knysna’s gay festival is the Mardi Gras Street Parade. The Pink Loerie Mardi Gras has its serious side too. It was started, in part, to create awareness about HIV/Aids as well as to foster an understanding about gay and lesbian issues.

In this, the festival has been a fantastic success, nurturing acceptance and spreading awareness both locally and throughout Southern Africa. In accordance with these goals, the Mardi Gras will offer free HIV testing and counselling during the festival.
The Pink Loerie Mardi Gras started 13 years ago and is the first and only Mardi Gras festival on the African continent. It is also one of the biggest parties in the country.

Experience the Sardine run – the greatest shoal on earth
When: Around June

Around June each year, word gets out along the KwaZulu-Natal coast that the sardines have arrived. They’ve swum for more than 30 days from their spawning ground in the Cape to reach South Africa’s east coast. Scores of fishermen join the sharks, game fish, marine mammals and birds that gorge themselves on the shimmering band of silver fish. 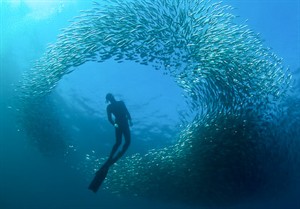 Sardine-run shoals are usually 15km long, 4km wide and approximately 40m deep. Why large shoals of sardines swim to the KwaZulu-Natal coast during the winter months remains a mystery. And yet each year it’s the same: starting in May, millions of small, shiny fish make the one-way journey from the cold waters of the Cape to the warmer tides of KwaZulu-Natal, colouring the shoreline silver as they convene close to the coast.

By the end of July they’re gone – disappeared just as suddenly as they arrived, vanishing into the great blue beyond. Like whale watching in Hermanus or travelling to Namaqualand to see the wildflowers in bloom, South Africa’s famed sardine run is a seasonal peculiarity that is popular among local and international visitors. It’s a phenomenon certainly worth watching – from land, the ocean surface or underwater.

Typically, the sardine shoals are massive and can stretch for kilometres along the coast. And following the shoal – above and below water – is a caravan of predators in feeding-frenzy mode. Schools of sharks, such as the bronze whaler (or copper shark), dusky and blacktip shark, follow the shimmering path of prey, feasting on the fish. Marine mammals and game fish follow in hot pursuit. Cape fur seals, humpback and minke whales, and thousands of dolphins are joined by shoals of shad, garrick and ‘geelbek’ (a type of kob) as they dive, snap and feed on what appears to be an unlimited supply of sardines.

Dolphins employ a tactical hunting strategy by ‘herding’ part of the sardine shoal into densely packed groups, termed ‘bait balls’. Working together underwater the dolphins drive the bait ball toward the surface, whirling, twisting and swimming below the shoal. As the sardines move closer to the surface of the water, birds plummet out of the sky to pillage from above. Cape gannets, cormorants, terns and gulls all dive-bomb the coast in an unrelenting aerial assault.

In areas where the sardines swim very close to the coast, game fishermen and local sardine lovers wade into the water and secure their share. This is a marine spectacle at its best – a once-in-a-lifetime opportunity to view creatures of the earth, sky and water taking part in one of nature’s unexplained mysteries.

Opportunities abound for those looking to observe the great sardine-run phenomenon, whether it be from the coast, from the deck of a boat, underwater or with a snorkel.

The Pick n Pay Knysna Oyster Festival is a 10-day event aimed at foodies, sports lovers and families. Held every July it is a celebration of all things oyster! Oyster eating, oyster shucking, oyster farm tours, oyster recipe challenges and gourmet oyster-themed dinners happen throughout the festival, along with wine and champagne tastings.

The oyster festival attracts over 70 000 visitors annually; particularly food lovers who slurp and swallow their way through more than 200 000 oysters at over 20 dedicated oyster venues. Here the delectable molluscs can be eaten au naturel or cooked in a variety of ways.

Besides oysters, the festival hosts two top-notch competitive sporting events: the Pick n Pay Weekend Argus Rotary Cycle Tour and the Pick n Pay Cape Times Knysna Marathon. Both are booked up months in advance due to their popularity.

The Oyster Festival has a packed and varied programme of adventure, sports and culture for the whole family. It includes everything from paddling, golf, bowls, soccer, angling and mountain biking to music concerts, theatre shows, craft workshops, cooking demonstrations and even bridge contests.

If you are planning to visit the garden route, Knysna is the perfect place to base yourself.

If you care about the environment and the creatures who inhabit it, in this case specifically whales, then the Hermanus Whale Festival is definitely one to add to your bucket list. The main focus is on environmental issues affecting humans and whales alike but there are also events around climate change and Eco-living. If you visit you’ll find live music, theatre and comedy but you’ll also find shark cage diving, surfing, kayaking and whale watching too.

The Hermanus Whale Festival, the only Enviro-Arts festival in South Africa, is held annually, every September, to celebrate the return of the Southern Right whales to the waters of Walker Bay, the magnificent environment, arts and wines and the arrival of Spring!

The town of Hermanus is considered the best place in the world for whale watching from land. Thousands flock to this seaside resort and revel in its natural environment and take great pleasure watching Whales return to their breeding ground. Other things people can derive pleasure from are music, cabaret and African rhythms every evening through the duration of the festival.

The Whales of course, are the star attractions of the Festival – on land, musicians, celebrities and many other people come together in this lovely place to celebrate the environment and these magnificent animals.