The Taiwan Tourism Bureau recently announced their three North American chefs selected to participate in the 2014 “Taste Taiwan” Culinary Tour, which we’re excited to be a part of. Taiwan is increasingly recognized as one of the culinary capitals of Asia, and is delight to discover, ask anyone who’s been there.

Following the success of 2013’s ‘Taste Taiwan,’ the Taiwan Tourism Bureau launched the 2nd edition of the event in August of this year. The 2014 “Taste Taiwan” Culinary Tour nominations were open to chefs from Los Angeles, Chicago, and Toronto, Canada. Over 25 nominations were received. After an extensive review and interview process, the following chefs were chosen based on their professional experience, reputation, personality, and motivation for visiting Taiwan: Chef Anthony Jacquet of The Whisper Restaurant and Lounge in Los Angeles, Chef Jared Case of Park Grill in Chicago, and Chef Stuart Cameron of Icon Legacy Group in Toronto. The three chefs have traveled to Taiwan, ‘The Heart of Asia,’ on September 28, 2014, for an eight-day culinary adventure.

While in Taiwan, the chefs visited the world-famous Taipei 101, in the cosmopolitan capital, Taipei. They enjoyed a taste of aboriginal tribal life, making traditional rice wine and barbecuing wild boar. Chefs also tasted local delicacies in the alleys of the historical Jiufen Old Street, sample fresh oysters amid the rich wetland ecology of Taijiang National Park, and cycle around Sun Moon Lake, one of CNN Travel’s “Top 10 Breathtaking Cycling Routes.” At the end of the eight-day trip, the three chefs will be challenged to create a signature dish inspired by their Taiwan experience. A local master chef, Kenny Liao of The Landis Taipei Hotel, will be invited to judge the competition, which will serve as a culinary exchange between East and West. 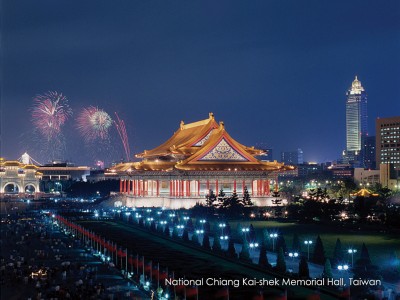 A TV production crew accompanied the three chefs on their journey, creating a 30-minute show that will air in both the U.S. and Canada at the end of this year. In December, the Taiwan Tourism Bureau will host a ‘Taste Taiwan’ culinary event and press conference at each chef’s restaurant to launch the chef’s new Taiwan-inspired dish for the holiday season. Local patrons in Los Angeles, Chicago, and Toronto will have an opportunity to taste the East-Meets-West fusion dish at the restaurant.