Great Britain is one of the best countries in the world to enjoy genuine and high-quality experiences, without spending a penny. The government has ensured most of the biggest and best museums and art galleries are free for all to enter. Then there’s walking tours, cultural activities, and events galore, not to mention astounding natural landscapes all waiting to be explored. Here are 14 free things to do in Britain.

1. Museums and Galleries
Many of Britain’s best museums and galleries are free to visit. London’s British Museum, National Gallery, Natural History Museum, Victoria and Albert Museum, and Tate Modern; elsewhere Tate Liverpool and National Museum of Scotland are just some of the big guys, and there are hundreds of others everywhere you go in the country.

2. Churches and Cathedrals
You can step inside many of Britain’s fine cathedrals and ancient churches for free. Consider the splendour of Durham Cathedral in Northeastern England, or catch King’s College Chapel’s famous Christmas Eve carol service in Cambridge, an hour from London by train.

3. Scrabo Tower
Climb a true Northern Irish landmark for free – the 125ft-high Scrabo Tower has wondrous views over the sea, not far southeast of Belfast.

4. Natural Beauty
Britain’s stunning natural wonders will keep you busy, for no charge. In Scotland, Ben Nevis is UK’s highest mountain, and can be climbed in 4 hours along a steady path. Or, try and spot Nessie in nearby Loch Ness. In Wales, a short drive west of the capital, Cardiff, you’ll reach Rhossili Bay, which regularly tops the lists of the world’s best beaches.

5. Bansky
While some Banksy works sell for millions, others by the mysterious graffiti artist remain open to all. Follow a Banksy Walking Tour around Bristol to spy some of his best pieces, such as The Grim Reaper, on a harbourside houseboat.

6. More Art
You can see more ground-breaking art at Crosby Beach, near Liverpool, where 100 ghostly, life-size iron figures stand at intervals for half a mile (1km) into the sea. It’s an installation by sculptor, Antony Gormley called Another Place.

7. Guided Walks
Free guided walks can be found in most cities. Take in the iconic Royal Crescent in the gorgeous Georgian city of Bath, Southwestern England. Further north, choose between culture and architecture by getting the free Manchester Walking Tours app.

8. Fringe Festival
Immerse yourself into Edinburgh’s eclectic and world-famous Fringe Festival, with hundreds of free shows – drama, comedy, cabaret, spoken word, and more. When the festival kicks off in August, just stroll along the city’s Royal Mile and take your pick.

9. Cycling
Pick up a bicycle and you’re free to explore Britain’s scenic cycle routes. An hour from London, the Crab & Winkle Way is a leafy, 7-mile route following a former railway line, and links the cathedral city of Canterbury with the oyster-fishing village of Whitstable.

10. Festivals
Find out what all the fuss is about with Britain’s festivals. A London highlight is the famous Notting Hill Carnival that takes over the streets in August, or head to Cardiff Summer Festival – a blur of street theatre, music, and funfair rides.

14. Dryslwyn Castle
Amazingly, some of Wales’ many castles are free to explore, such as the little-known Dryslwyn Castle – even though it offers fabulous valley views from its regal hilltop perch. 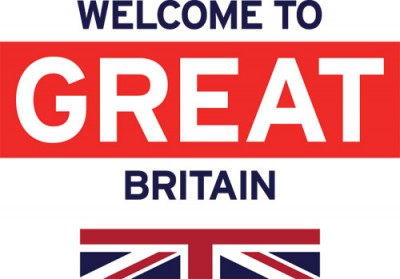