Sophisticated, yet utterly unpretentious, Melbourne is a city that grabs the heartstrings and refuses to let go. The modern city combines ambition with a distinctly European appetite for good living. Yet it remains perfectly Australian, built on an Indigenous heritage dating back thousands of years, and a gold rush history that once made it the world’s richest city.

Melbourne is now easier to reach than ever, on an Australia vacation. Enjoy year-round, non-stop service on Air Canada from Vancouver with smooth connections from cities throughout Canada. Get the ultimate in inflight comfort by choosing from three classes of service and arrive feeling refreshed and ready for your adventures.

As Australia’s only 24-hour city, Melbourne is at its most seductive after dark. Swanky wine bars, old fashioned gin joints, hidden cabaret lounges and theatres, rooftop cinemas, live music venues and more all vie for your attention once the sun goes down. But taking a tour of the city’s highlights and monuments can be just as rewarding. Icons such as the Shrine of Remembrance and the Royal Exhibition Building are particularly atmospheric at night. The ‘Little Italy’ of Lygon Street comes alive with busy restaurants, while funky Fitzroy protects a decidedly anti-corporate, bohemian corner of the city. A walk along the Yarra River, admiring Melbourne’s skyline is a must, but for the best Melbourne view, zip to the top of Eureka Skydeck 88, and take in the blanket of lights that stretch around Port Phillip Bay. This organized tour lets you take in all the highlights, leaving you time to explore the city’s late nightlife on your own.

With its top notch transit system, Melbourne’s a great city to explore on your own on your Australia vacation. But a little expert commentary can put your discoveries in a whole new light. Dedicated coach transport also speeds your journey to highlights outside the city centre like St Kilda Beach and the Melbourne Cricket Ground (MCG), all in one easy afternoon. This Oceania itinerary also gives you a snapshot of Melbourne’s renowned gardens before finishing at Eureka Skydeck 88, where you can take in the very best city views. Capped at 11 people per group, this tour is more like exploring Melbourne with friends than being just another seat on the bus.

If you like your sightseeing with a side of exercise, exploring on two wheels with an expert guide might be the way to go. The mostly flat city of Melbourne is prime for biking, and a 4-hour tour takes you to most of the inner city highlights including the Yarra River, Flinders St Station, Federation Square, famed laneways and arcades, the National Gallery of Victoria, and Queen Victoria Market. If there’s time, you might even reach the lively neighbourhoods of Carlton and Fitzroy to the north. The best part of this tour is that it’s personalized, meaning your guide can focus on the sights that most interest you.

A Chef-Led Journey Through the Mornington Peninsula

The ultimate foodie’s day out from Melbourne. The Mornington Peninsula is Victoria’s fruit basket, where fertile red soil provides ideal conditions for olives, grapes, vegetables, and raising livestock. Taking you into the kitchen with a local chef, this trip takes the concept of ‘farm to table’ beyond a mere slogan as you try your hand at creating some tasty treats. Taste some of the best food and wine the Mornington Peninsula has to offer, and come away with a new appreciation for the Melburnian obsession with good food.

Melbourne: A Chef-Led Journey Through the Mornington Peninsula

Enhance your Melbourne city break with a little out-of-town excursion to Daylesford. This trip will give you a figurative, and literal taste of what country Victoria is all about, with wine tasting and a delicious lunch at one of Australia’s top regional restaurants. Along the way, you’ll stop in at photogenic country towns such as Trentham, visit award winning regional galleries, see the beauty of the Macedon Regional Park, and visit the infamous Hanging Rock, site of the namesake picnic that has secured its place in Australian folklore.

You don’t have to leave the Melbourne CBD to learn all about the city’s love affair with food. An evening walking tour, grazing your way through some of the city’s most delicious kitchens, is a unique way to explore Melbourne’s restaurant scene in all… or at least some, of its diversity. This 3-hour tour visits three of the city’s iconic restaurants, where you’ll learn about the menu through a sommelier’s lens, with perfect wine pairings to accompany each dish.

If Melbourne has one road trip that stands out from all others, it’s the Great Ocean Road. Weave through sunny resort towns, visit some of Australia’s most beautiful and ancient forests, and follow spectacular coastal cliffs until you reach the famed Twelve Apostles. Each of these stony sentinels was once part of the mainland. Beaten back by the wind and waves of the Southern Ocean, the cliffs have receded over time, leaving the Twelve Apostles where they stand today. Take in these iconic attractions from the top of the cliffs, from the beach, or from above in a helicopter, and add some spectacular photos to your Australia vacation album.

Kangaroos and Koalas in the Wild

If an urban adventure in Melbourne doesn’t immediately bring the word “safari” to mind, let this excursion into the Australian bush change your point of view. See koalas, kangaroos, emus, and other native animals as they were meant to be seen, in the wild. You’ll benefit from the guidance of an expert naturalist, and enjoy a traditional bush lunch with billy tea, all while learning more about Australia’s unique species in the wild.

From sophisticated traditional shopping arcades to scrappy back alleys alive with ever-changing street art murals, Melbourne is an urban explorer’s dream city. The narrow pedestrian corridors of the city centre have something for everyone. Zip between the Royal Arcade’s chic fashion boutiques, then pause to sip a rich hot chocolate at Koko Black, beneath the gaze of Gog and Magog, who’ve watched over the arcade since 1892. Order up a decadent brunch with a flat white in Centre Place (like Harry Potter’s Diagon Alley for foodies), then catch the latest Hosier Lane graffiti creations before they’re gone. The challenge of exploring Melbourne’s laneways is knowing what to look for, so consider joining an organized tour on your Australia vacation to uncover the city’s most intriguing and quirky secrets.

Just a couple of hours south of Melbourne, Phillip Island harbours a wide range of Australian native creatures. These include wild koalas and kangaroos, some of which are protected in sanctuaries that allow visitors in for a closer look. None however are so famous as the adorable Little Penguins, which return to their burrows by the thousands each night from hunting in the Southern Ocean, sometimes for days at a time. The nightly Penguin Parade is a popular attraction, so it can be worth paying a little extra for a prime viewing spot. The Penguins Plus viewing platform is shaped to give visitors a closer view of the penguins, while beneath it, the Underground Viewing gives a sand-level view of the birds as they waddle up the beach.

Feeling inspired? Discover for yourself what Melbourne has to offer on an Australia vacation.

Related Article:
Discover Victoria on a Self Drive, with Air Canada 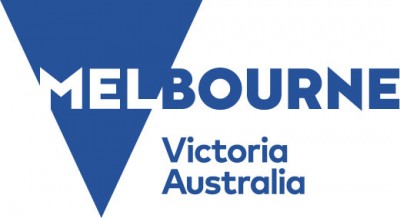