Previous:
Visiting the Icons of Oz on An Australia Vacation (Part 1)

As mentioned in Part 1 of this article, Australia boasts an incredibly biodiverse landscape. As a result, it is home to some of the greatest natural wonders our planet has to offer. Even a general survey of Australia deserves more than one article to list its icons, so this second part explores the famous sites of Australia’s north and west.

Sandstone Majesty in the Outback

Probably the Outback’s (and perhaps Australia’s) most iconic site is Uluru/Ayers Rock. Rising out of an impossibly flat plain of brush, Uluru is an ancient sandstone rock formation standing 348 metres high. It is one of the biggest monoliths in the world, named a UNESCO World Heritage Site in 1987.

The appeal of Uluru is not recent. It has bewitched people for millennia, far before western colonials visited the site and dubbed it Ayers Rock. The local indigenous people, the Anangu, have called the rock and its surrounding area “Uluru” for centuries. In 1873, a colonial surveyor, William Gosse, visited the site and named it “Ayers Rock” after Sir Henry Ayers, the Chief Secretary of South Australia at the time. Australia officially followed Gosse’s lead and labeled the mountain Ayers Rock.

However, in 1993, the Australian government adopted a dual name policy that officially labeled the rock as both its English and indigenous names: “Ayers Rock/Uluru.” In 2002, the ordering of these duals names was reversed to “Uluru/Ayers Rock” out of respect for the Anangu. The dual naming remains to this day.

Despite common misinformation, Uluru does not literally mean “Island Mountain.” This is an error caused by the rock’s geographical description: inselberg, which is literally “island mountain” in German. Rumour has it that an early map of the area mislabeled the geographical report as etymology. In fact, Uluru has no literal meaning within the Pitjantjatjara language. It’s merely a proper name given to the rock and its area.

Uluru is a spectacular natural monument. It’s holy to the Anangu people, who have carried out sacred rituals at it for millennia. One of the most remarkable things about Uluru is that it changes colour depending on the time of day and lighting. At dawn and dusk, it can glow a bright red or morph into a dark blue or purple.

Although climbing Uluru is not officially prohibited, it is encouraged that visitors respect the Anangu traditions and not climb the rock. In addition, depending on weather, climbing Uluru can be quite treacherous and unsafe.

Photographs of certain areas are also discouraged as the Anangu hold these sites sacred, to the point certain members of their tribe are not allowed to look at the sites. Photographs are not discouraged because it’s inappropriate for visitors to view these sites, but because a member of the tribe might accidentally view the photograph and thus inadvertently disobey sacred tradition.

When visiting natural icons on your Australia vacation, don’t limit yourself to the land. The ocean is home to some of the country’s most stunning sites. The Great Barrier Reef may top the list, but the Ningaloo Reef along the East Indian Ocean deserves a share of the attention as well. Located off the coast of Western Australia, the Ningaloo Reef runs 260 kilometres between Exmouth and Quobba Station. The coastline is arid and secluded from major urban centres. As such, Ningaloo Reef is relatively untouched, especially when compared to the Great Barrier Reef.

Ningaloo Reef is Australia’s largest fringing coral reef. A fringing reef is a reef that grows along coastlines and is separated from the land by lagoons. It differs from a barrier reef by having smaller lagoons separating the reef from land. The name for the reef comes from the word for “deepwater” in the Wajarri language of the local Yinigudura tribe.

One of the most remarkable things about the Ningaloo Reef is its wildlife. Hundreds of fish, mollusks, crustaceans, and corals call the reef home. Particularly fantastic is the abundance of manta rays, which you can snorkel alongside.

Ningaloo is also famous for the presence of whale sharks between March and July. Swimming alongside the largest fish in the ocean is a once-in-a-lifetime experience. The whale sharks arrive in the region to feed off the plankton and other small life coinciding with the coral growth. If you are lucky enough to swim alongside these gentle giants, be sure to keep at least a five-metre distance and avoid using flash photography, as it scares the fish. It should also go without saying that you shouldn’t touch the shark. Although they’re not dangerous, contact might be detrimental to them, transferring natural oils or suntan lotions from your skin, or spooking the shark.

To the west of the Ningaloo Coast in the Northern Territory is Kakadu National Park, the largest national park in Australia. Located 170 kilometres southeast of Darwin, Kakadu is known for its diverse landscape. The park is roughly the size of half of Switzerland, around 20,000 square kilometres.

Within that space lies a landscape filled with hills and gorges, forests and arid floodplains, swampland and plateaus. Depending on the season, the landscape can shift between arid desert and bustling growth. The wet season drenches the floodplains, leading to a rapid growth of freshwater mangrove trees and large feeding grounds of animals attracted by the trees.

Being so large, the park is home to over 280 bird species, 70 mammal species, and 1700 plant species. Wallabies and kangaroos wander the plains while both freshwater and saltwater crocodiles populate the waterways. Sadly, the number of mammals in the park is in decline and invasive species like water buffalo have damaged the environment.

In addition to all the colourful fauna and flora, Kakadu National Park is home to one of the world’s oldest cultures. The indigenous peoples of Australia have inhabited the park for over 20,000 years. This extremely long heritage can be partially traced through the rock paintings that decorate caves throughout the park. At Ubirr, Nourlangie, and Nanguluwur, you can see paintings of fish and the extinct Tasmanian tiger or depictions of the Creation Ancestors, who shaped the world within indigenous mythology.

The Largest Living Structure on the Planet

If you were lucky enough to hang a ride on the International Space Station and it were a clear day, you could actually see the Great Barrier Reef from space. Tropical Cairns is a main point of departure to visit the reef. You can rent a boat to explore the surrounding area at your own leisure or join a tour of the main areas of the reef system.

The reef offers the best opportunities for diving and snorkeling in the world and its diversity of sea life is staggering. There are dozens of species of whales, dolphins, and porpoises, and over 1,500 species of fish. You can see sea turtles feeding on small mollusks or jellyfish and dugongs enjoying the abundant seagrass.

The ecosystem of the Great Barrier Reef is arguably the most remarkable on the planet, but climate change has hit it hard. Animal populations have decreased after years of bleaching and pollution. Bleaching is the term used to describe the death of coral algae that occurs after water temperatures change. The increasing temperature kills off the algae, which give the coral their vibrant colours, effectively whitewashing the reef and removing a foundational food from the ecosystem.

While the Great Barrier Reef remains a wonderful site to visit, it’s essential to consider the ecological impact of your trip. Research the best ways to dive or snorkel without adversely affecting the wildlife, and choose tour operators that adhere to strict ecological guidelines.

Seeing even one of these icons makes an Australia vacation worthwhile. That we have such a wealth of iconic sights to choose from is a testament to the country’s staggering landscape and vibrant culture. And the fact that we can see all of these without leaving the national borders makes a longer trip a tempting prospect. Australia is a country and a landscape unlike any other. 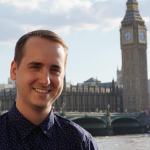