Probably the first thing that comes to mind when the River Kwai is mentioned is the famous movie, Bridge over the River Kwai – a great film about a moving experience which took place during the Second World War. However, interestingly enough, the movie was actually shot in Sri Lanka, but that shouldn’t detract from a visit here, on your Thailand vacation, as the story was based on incidents that took place in and around Thailand’s River Kwai.

Before going into the attractions of a River Kwai tour, let’s locate it. The largest town is Kanchanaburi, which is 130 kilometres/80 miles west of Bangkok by road or train. You can visit for a day or really enjoy the tropical surroundings by staying overnight – giving you time to take in all there is to see and do here. The infamous bridge is 5 kilometres/3 miles from Kanchanaburi. You are free to walk across the bridge on the wooden planks, but watch out for passenger trains when one comes along. Fortunately, there is a 10 kilometre/6 mile speed restriction for trains across the bridge and they all hoot like mad.

A Little Historical Background About the Bridge

The bridge was part of the Death Railway, linking Thailand with Myanmar (Burma), built by allied prisoner-of-war labour under Japanese supervision during World War 2. It was the first railway bridge over the River Kwai and was made from wood. It is said 100,000 prisoners of war (POWs) were involved in the construction, of which tens of thousands did not survive the poor working conditions, diseases, and brutal camp discipline. Many of them are buried in the nearby war cemeteries. Ironically, the original wooden bridge was destroyed during the war. Nowadays, a new concrete bridge functions normally with trains crossing several times daily.

The Kanchanaburi War Cemetery and Museum

The Kanchanaburi War Cemetery is located within the city and contains the remains of almost 7000 allied POWs who perished during the construction of the Death Railway. There is a second war cemetery called Chong-Kai War Cemetery, which is about 2 kilometres/1 mile south of the town and was built on the site of a former POW camp.  It contains the graves of around 1700 POWs.

The War Museum has a collection of war instruments, photographs, and uniforms, etc. It is located on the bank of Kwai River near the Bridge. Inside the building is also an art gallery with paintings relating to ancient battles between the Thais, and murals that tell the history of Thailand. Parts of the original bridge are now displayed in the War Museum.

On your River Kwai tour, you can visit the JEATH War Museum, which is a replica bamboo hut in which the prisoners had to live. It is filled with sketches, photos, articles, tools, letters from ex-POWs and various other objects depicting various aspects of POW life. JEATH is short for Japan, England, Australia & America, Thailand, and Holland – home countries of most of the allied POWs.

A part of the Death Railway cut through a stone mountain, Hell Fire Pass is situated 80 kilometres/50 miles north of Kanchanaburi. It got its name from the POWs because at night they had to work with torch lights. Nearby lies the “Pack of Cards Bridge,” so called because during its construction, it collapsed 3 times, costing the lives of many people. Here there is a museum and a 7 kilometre/ 4 mile stretch of the track which has been cleared of jungle by the Australian government, to serve as a memorial. You can walk along part of the track if you like. It is a moving and highly recommended experience on your Thailand vacation.

Nearby Hell Fire Pass is the 7-tiered Erawan Waterfall, one of Thailand’s loveliest cascades. If you want, you can walk all the way up to level 7 – a challenging walk of about 1½ hours, after which you will be rewarded with serene surroundings and clear blue water in a white stone basin in which you can take a cool refreshing dip (take your swimsuit along). Not far away from the Falls is the Phra Tat Cave. It is the largest cave in the area and contains spectacular stalactite and stalagmite formations.

Prasat Muang Singh is a town around 45 kilometres/ 28 miles from Kanchanaburi. Built around the 12th century, the site was most likely an outpost of the Khmer Muang Singh empire that protected the Khmer frontier. There are 4 groups of ruins and only the main buildings and some smaller buildings are fully visible. The site is littered with small shrines containing various artifacts, and there are a couple of museums which provide evidence of the area being inhabited even before the arrival of the Khmer.

Travelling on the River Kwai

You can enjoy a breathtaking ride on a traditional long-tailed boat which will allow you to appreciate the stunning fertile nature along the River Kwai. It is a 2-hour trip and takes in a number of the highlights of the area.

You can take in a cultural Mon dance show – a rare performance that you can witness on your Thailand vacation, and offered only in this area of the country. The Mon is an ethnic minority who originated from Myanmar. Here they live peacefully and their tradition has been continually practiced. The dancers are Mon villagers and are accompanied by an authentic live orchestra with traditional brass music instruments.

You might want to consider a very special experience on your Thailand vacation, by staying at the River Kwai Jungle Rafts Resort. It offers unique accommodation right on the river. All floating rooms are tucked into a floating bamboo lodge moored along the river, surrounded by lush green mountains and jungle. The walls are woven from local bamboo and the rooms are decorated with wooden furniture reflecting the local style. Each room is appointed with an en-suite private bathroom, balcony, and hammock. However, it should be noted that the entire resort does NOT use electricity but rather utilizes traditional kerosene lamps at night to maintain a true eco experience.

There are also a number of regular hotels in the River Kwai vicinity providing ample comforts for all.

As you can see, the infamous River Kwai Bridge, although very important, is not the only attraction of this historic region.

For more information on River Kwai tours, or other travel ideas for a perfect Thailand vacation, visit us at www.goway.com. 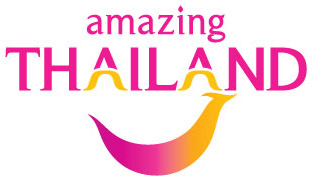